There’s no such thing as ‘too-big-to-fail’ in the Twittersphere. That’s what the nation’s largest bank unwittingly proved when a Twitter Q&A session it hosted quickly turned into a runaway PR nightmare. But like any other monumental screw-up, the important thing is to learn from it and move on. And there’s a few great lessons to be had from JPMorgan’s Twitter ordeal last month 디시 첨부파일 다운로드. 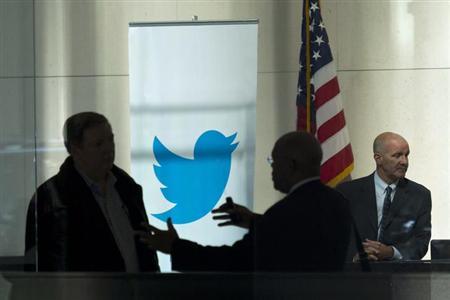 The doomed chat session took place on the heels of the hugely successful Twitter IPO, to which JPMorgan had been one of the underwriters. Some time before the Q&A event, it had been touted as a chance for college students to directly ask a top JPMorgan executive some career advice via the #AskJPM hashtag novel Ant.

But things didn’t really go as planned. Well into the session, scores of Twitter users flooded the discussion with negative comments and jokes about the bank instead of career-related questions. The conversation now veered so far away from the intended topic and was getting nastier with each new tweet that it had to be abruptly called off. The rest, as they say, is history Toy Story 2.

So, what went wrong? In hindsight, JPMorgan’s social media staff apparently followed almost all of the Twitter Q&A best practices in the book, but somehow left out a few crucial points, a move that would later plague the whole stunt. There are lots of factors that affect the success or failure of social media campaigns, but ignoring the following basic truths will surely end in disaster:

1. You’re not in charge. That’s Rule No. 1 when using Twitter or any other social media outlet for marketing. It’s obvious that JPMorgan had a clear purpose and direction for the campaign, but no amount of planning and preparation could can change fact that ‘social media belongs to the people.’ So, plan your social media projects wisely; carefully weigh the risks and benefits.

2. It’s not all about you. In marketing, there’s only a fine line that divides promotion and information, and this line gets even finer on social media. In JPMorgan’s case, it started out as an innocent-enough tweet to promote the event but ended in total fiasco with some sources labeling the PR stunt as a ‘clear attempt at faux transparency.’

When it’s your turn to tread this delicate line, make sure you understand people can sometimes misinterpret your good intentions as self-promotion. So make it less and less about you as much as possible.

3. Going viral can kill you. Well, not literally, but it can kill your marketing campaign. Whether it’s content or social media marketing, the old belief that ‘any publicity is good publicity’ is 100% false. Of the 8,000 or so tweets that used the #AskJPM hashtag, over two-thirds openly mocked and hurled insults at the investment bank. That’s a perfectly decent response rate by any measure, enough to put the forum in the ‘viral’ category, but more than enough to bring the whole campaign tumbling down. That tells you a lot about the ugly side of going viral.

4. Timing is still everything. This was probably the most decisive factor that led to the #AskJPM mess in the first place. Since the 2008 crisis, the public’s view of JPMorgan and other Wall Street banks hasn’t exactly been that rosy. Throw a barrage of recent, well-publicized regulatory headaches into the pile, and you’ve got a recipe for perfectly sour public opinion. Soliciting comments on Twitter should’ve been the last thing on the mind of a highly-visible and widely-disliked organization like JPMorgan. The bank’s PR stunt simply happened at the wrong place at the wrong time.

It’s always great to learn from the experiences of others. That’s why if there’s one lesson you should really take to heart from the whole #AskJPM affair, it’s that social media is still pretty much uncharted territory for most marketers. Its raw and unpredictable nature means you’re bound to make a lot of mistakes along the way. But the important thing is to know when you’re wrong and grow wiser from the experience.